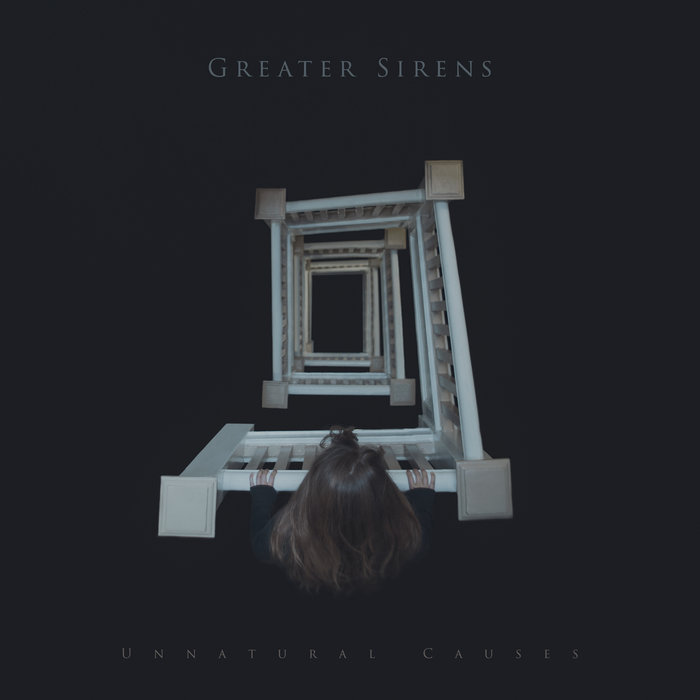 "Named for the eerie vibe they set out to create, Unnatural Causes is a refreshingly unique approach to an often-sterile genre. Incorporating their twin bass guitar sound, unconventional percussion, and more toy keyboards than could fill a toddler’s playroom, there is an experimental edge to the 10-track set that works in tandem with its pop core, making it a great album for both casual and close listening."
- Adam Sharp, Public Display PR

"...Greater Sirens have created a multifaceted album that floats across the periphery of '80s new wave, while remaining grounded in modernism. The band's founder, Greg Andresen, engineered and produced Unnatural Causes, and experimented with the eerie side of pop cut with a post-punk edge...Unnatural Causes will consistently surprise its audience by unveiling myriad layers with each listen."
- Carly Perkins, The Bay Bridged

Greater Sirens are a new wave/postpunk-inspired indie rock band formed in 2007 and based in San Francisco. Their debut EP, For the Birds, was recorded at Fantasy Studios in Berkeley and released in 2012. Jesse Nichols, who engineered the EP, describes the sound as, "modern, sharp, indie rock that's not afraid of the '80s." Unnatural Causes, the band's first album, was released on June 1st, 2018. ... more

Bandcamp Daily  your guide to the world of Bandcamp

Interviews With Butcher Brown and Slauson Malone, plus LP of the week by SAULT.